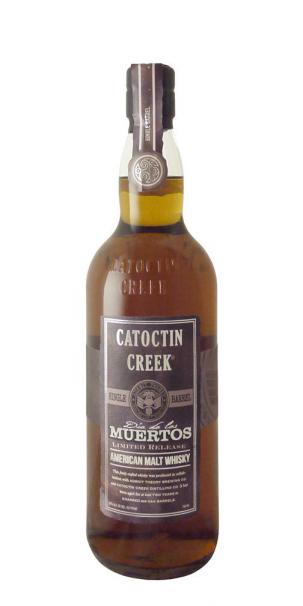 So complex. Smells like paint can. Pop rocks kind of finish. Delicious.

Smells like toilet bowl cleaner, but not necessarily in a bad way... tastes like an IPA which is VERY dangerous.

Smells like overripe peaches and drinks like a cask beer. Weird but fun. Definitely a unique spirit.

There was SUCH a diversity of opinion on this spirit -> I #lovethis! Oink, oink: reminds me of the early scent of a pig roast, as the cracklins begin to boil, combined with sweaty gym shorts. But, down the hatch it goes warming my belly.

Sharpie nose. Like drinking the oil from a fragrance diffuser, but sweeter than I would imagine that the oil would be.

Nose is sour yerba mate and hops. Flashy splash of sweetness with an herbal soapy finish.

The sweetness on the bottom of the barrel. Maple syrup on a hospital counter.

Smells like Windex. Yeah, I confirmed it - Windex. Tastes a little better than it smells. Hoppy, like a beer. I don't like this one. Muertos is a good description.

Furniture polish nose like the kind in my basement growing up that had been there since the house was built. Taste is not quite the redemption.

2 other members rated this 2.5

2 other members rated this 1.5

To taste and review spirits like this one, join The Seattle Spirits Society!