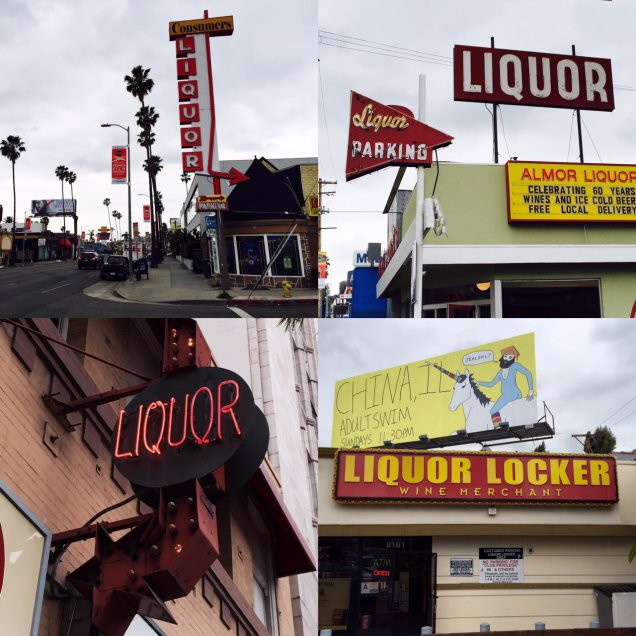 At a recent Glenmorangie tasting event at the well stocked Downtown Spirits, we tasted the Glenmorangie Tùsail, which is the 6th Private Edition release, following the Sonnalta, Finealta, Artein, Ealanta, and Companta. Definitely one to get your hands on, if you can find a bottle.  Word on the street is that there are only 33 half cases in Washington State. If you happen to be in Los Angeles, try K&L Wines in Hollywood, which had a massive stack of Tùsail bottles the last time I checked.

Speaking of K&L Wines, their selection of exclusives is incomparable, and there’s more every time I visit. The latest gems of theirs I’ve added to the collection are a 1990 vintage Glenfarclas and a nifty SMWS 36.82 Benrinnes 17 year old cask strength release. There’s at least a dozen other K&L exclusives currently in stock.

Los Angeles is the Land of Liquor - there's stores everywhere, and while spirits enthusiasts may frequent K&L, Wally's, and the Wine and Liquor Depot, many of the lesser known stores have good stock on their shelves. Two separate stores on Sunset west of La Brea had the hard to find Yamazaki 18, not to mention the recently scarce Yamazaki 12.

The 2015 edition of the Whiskey Bible just came out and we have indeed tasted a few of the winners. We tasted Highland Park Loki, the Single Malt of the Year (multiple Casks) winner in October, as well as the 2014 release of Ardbeg Supernova in December, which was the Single Malt Scotch No Age Statement runner up. Last January we tasted the Kavalan Single Malt which took Asian Whiskey of the Year.

While a little less exciting, we did also taste Johnnie Walker Black last meeting after tasting some of the 40 plus single malts which go into it. JWB was awarded best Blended Scotch in the 5-12 year old category.

Even with the high price tags, the Loki and Supernova are all but gone from the shelves - get a bottle if you can find one! Kavalan is findable at better stores, and Johnnie Walker Black is on the shelf of every store and bar in the known universe.